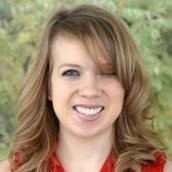 Noel is the Co-Founder of Bravebird, a woman and minority-owned video production agency that brings dignity through visuals. Noel produces and writes for Bravebird and is also developing a Cinema Dignite mentorship program for new voices in film. Noel comes from a community relations and non-profit background, working with Coca-Cola, University of Wisconsin-Madison, and Centro Hispano, a Latino advocacy organization.

Bravebird is a video production company that seeks to bring dignity through visuals and transform the narratives for women and people of color. We work in three spheres: commercial projects with socially conscious brands, feature length movies, and a mentorship program. The mentorship program will seek to develop the next generation of diverse filmmakers through e-learning and apprenticeship on our film sets. For over 100 years, the entertainments and advertising industries have primarily one gender and demographic trying to tell everyone's stories, often leading to tropes. Bravebird's Cinema Dignite model focuses on bringing diversity both to the screen and the creative process.