Think being a parent makes you a bad entrepreneur? Think again.

Earlier this year, I got an email from a Doyenne member who was frustrated about the questions that were planned for a Mother’s Day-themed panel of women leaders.

The moderator planned to ask the women about the conflict between parenting and working, with questions like, “Have you ever been in a situation where you had to pass on opportunities or felt limited by being a parent?”

The Doyenne member was disheartened, wondering why moms have to constantly frame our lives as a battle rather than a celebration. Our culture is convinced there’s an inherent conflict between being a parent — especially a mother — and being an effective employee or leader.

Well, let’s make something clear. That narrative is FALSE. And it’s no accident that this narrative arose as women were becoming more and more engaged in the workforce.

During World War II, women in America entered the workforce in unprecedented numbers to take over traditionally male-dominated fields because the men were all fighting in the war. The propaganda — think Rosie the Riveter — said, “You can be a mother AND work,” suggesting it was a moral imperative. More women entered the workforce and those who had already been working moved to higher paying jobs. But as soon as the men came home, women were encouraged to leave the workforce through not-so-subtle propaganda that told them to stay home, have babies, buy kitchen gadgets, be the perfect homemaker.

And it was successful. It produced the Baby Boom. It reduced women’s participation in the workforce and pushed those who still needed or wanted to work back into lower status, lower paying jobs. In 1950, the U.S. workforce was back to 70% male and 30% female.

But over the following decades, women started joining the workforce in greater numbers. By 1995, we had almost achieved parity with a workforce that was 54% male and 46% female. These working women were demanding access to new professions, advancement in status, and commensurate pay. How could opponents fight this change?

Simple. Blame society’s problems on bad mothers, and then tell women they they won’t be good mothers if they commit to a career. And, while you’re are at it, redefine mothering to be even more time-consuming and emotionally demanding than it has ever been in history.

So, when a woman turns down a promotion because she feels she cannot meet the insane demands of modern mothering alongside the increasing responsibility, it will look like it is her “choice” and not discrimination. It will be evidence of a lack of ambition, an inability to hack it, or a biological need to spend every minute mothering.

Here’s just a sampling of the expectations of “good mothers” these days:

Collectively, these add up to an incredible level of emotional, physical, and financial demands, which fall primarily on mothers. Modern mothers who work outside the home are spending more time with their kids on average than mothers in the 1970s who did not work outside the home, according to a study from 2006. Yes, MORE time, not less.

Culturally, we’ve turned mothering into an act of fear rather than an act of joy. When I talk with moms, particularly new ones, this fear is palpable. They want to be good moms, but the cultural standards are simply impossible to live up to.

As a former college professor, I saw student after student enter college completely ill-equipped for adulthood. And it’s not because the world has changed.

It’s because this propaganda about “good mothers” has turned parenting into a job to be completed and made children into problems to be solved. In the face of fear, most humans attempt to exert control. In this case, mothers exert control over their children, which limits a child’s control over themselves.

The college students in my classes were beautiful, creative, smart, funny, and passionate. Yet, they were also completely immobilized by fear of failure, viewed everything as risky, and were unable to make decisions for themselves. Many had not developed a sense of their own independence, their own judgement, their own ability to recover and move forward. These students were the norm, not the exception.

The most important aspect of my work became creating opportunities for the students to develop their problem-solving skills and build resilience. The students needed some freedom to experiment, to fail, to re-strategize, and to begin to trust themselves.

I share this, not to judge mothers, but to release them from the crazy expectations the world is placing on them as parents. Children don’t need what the world is telling you they need. Seriously. They don’t.

There’s a movie coming out late this summer called, “Where’d you go, Bernadette.” In the trailer, a man says to the main character, “People like you must create. If you don’t, you become a menace to society.”

That is me. And I knew that was me when I got accepted to my doctoral program and found out I was pregnant with my first child at the same time. Despite strong suggestions from extended family, I never really considered deferring my doctoral program because: a) I didn’t want to risk not coming back and losing the opportunity, and b) I knew I would go crazy if I didn’t have an outlet for my brain.

I’ve always known that if my passion and creativity wasn’t used up in work, it would be directed at my children and my household — NOT in a productive way.

Children aren’t meant to be your work, even if you stay at home with them. Once, when my kids were little and I was in graduate school, another mother at the park assumed I was a stay-at-home mom and said to me, “I gave up my job to be a mom. It’s the sacrifice we are willing to make for our children.”

But I didn’t make that sacrifice. Listening to this mom, I worried about what happens when women define mothering as a “sacrifice” instead of a “privilege.” My hope is that women stay at home because it is their choice, not because they feel a societal pressure to do so. Not because they don’t think they can be a good mom if they work.

I reject this cultural notion that mothering is about sacrifice. Working is a gift I give to my kids.

Because I have a professional life, many of my intellectual, emotional, and social needs are met. This means my kids can just be my kids, not a reflection or extension of me. They don’t need to be anything other than who they are, in all their beautiful and glorious imperfection.

Because I am both a mother and a leader, I am able to create a healthy amount of distance from each responsibility and prioritize appropriately. As a working parent, I don’t have time for the gratuitous bullshit notions of parenting that are in vogue right now. I have to focus my energy on what really matters (do my children feel like I know them and love them) and not the ones that don’t (are their socks white and is the pantry organized).

The same is true in reverse. I don’t have time for any nonsense at work. I need to focus on the things that are meaningful (setting strategic priorities) and not the ones that aren’t (who is gossiping about whom on the f’ing slack channel).

Being a parent requires you to constantly set aside your personal agenda and needs for the good of the whole. It teaches you a level of compassion and patience that no other role does. It teaches you to identify when you are serving your needs but not the needs of the team, and that applies at home and at work.

As a parent, it’s not my job to mold my kids or change their nature — I just discover who they are and help guide them into becoming their best selves. And that’s the same with my colleagues. I can’t change them, nor do I want to. My job is to seek to understand them and see their superpowers. My job is to celebrate when they’re being effective, and point out when their superpower is going sideways.

Being a parent exposes me to so many new ideas. In many ways, my children teach me more than I teach them. Every day my assumptions are challenged by my children’s questions and observations. Every day I am figuring out how to explain things in age-appropriate ways, which leads to deeper thinking and flexibility. How do you answer a 5-year-old’s question: “Mommy, why is everyone mad at Tiger Woods?”

Most of the talk about achieving gender parity in the workforce and in leadership roles focuses on the need for better policies and more flexible schedules. And that is important. We do need structural change. We need women to be paid the same as men for the same jobs.

But even more than that, we need a new narrative. Again and again, I hear investors ask women entrepreneurs, “Who is going to take care of your kids while you’re running this venture?” And I know men aren’t being asked that. You never see the question, “How can you run a business and be a dad?” in a panel discussion.

This modern version of “homemaker” propaganda is convincing women that they are failures as mothers before they even become one. The power of propaganda is that it impacts us at our core, without us really even realizing it. In our heads, we know kids don’t need everything on that list above, but in our hearts, we think, “I need to do everything I can to protect my child, and I’m afraid I’ll fail.”

But, what if we reject the narrative of mothering as one of inevitable failure? What if we understand that as mothers, we are along for the ride with our children. We are here to discover who they are — not to create who they are. We can simply enjoy their beautiful and imperfect selves, and embrace our own fallibility.

What if we start from a place of wholeness and joy instead of inadequacy and fear?

You can just decide. You. Right now. 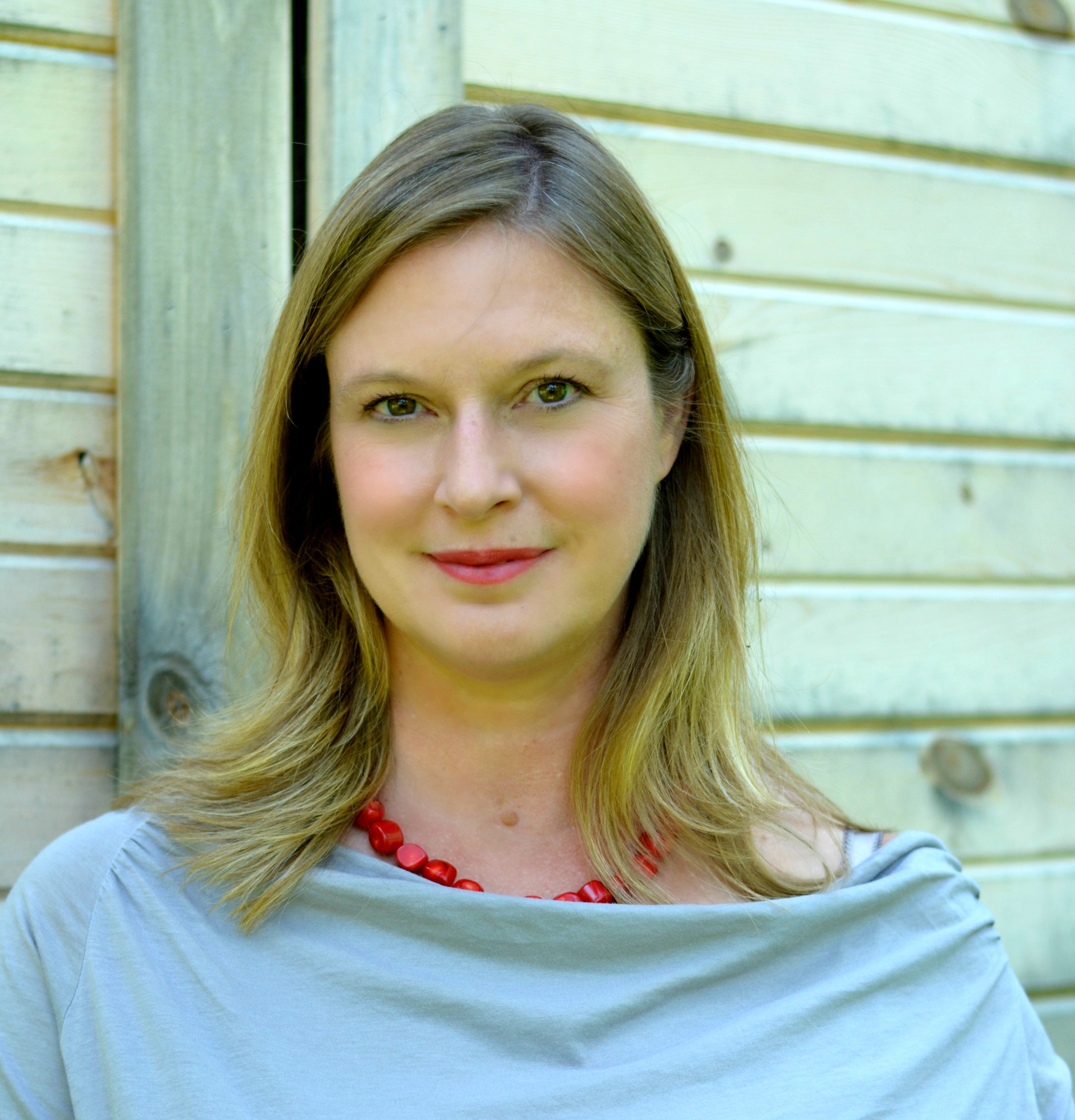