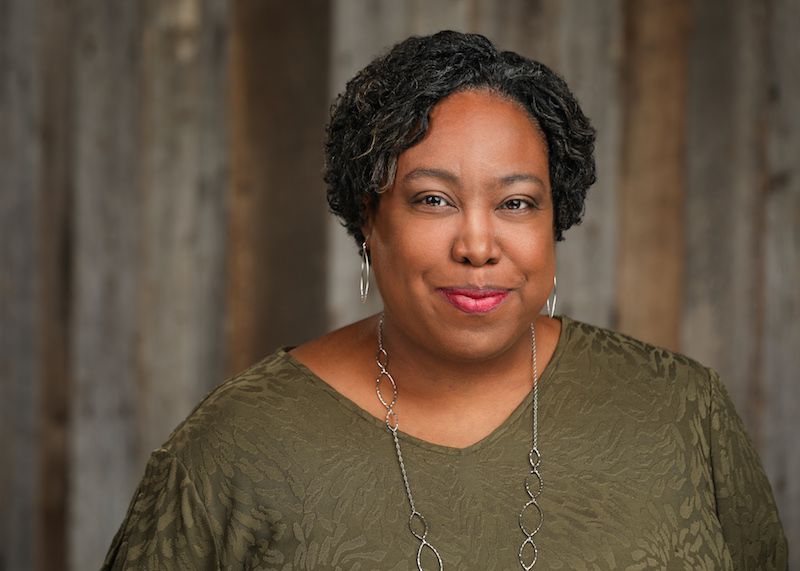 In the Spotlight: Fay Horwitt, president of Forward Cities

Fay Horwitt is the president of Forward Cities, one of the leading organizations in the field of entrepreneurial ecosystem building. Formed out of a merger between CEOs for Cities and a learning collaborative between several U.S. cities, the Durham-based organization develops tools, training resources, and best practices to equip ecosystem builders around the country to build equitable entrepreneurial ecosystems.

Like many others working to make entrepreneurship more inclusive around the country, Fay has been doing the work of ecosystem building since before she knew there was a term for it. Now, five years after she started working with women entrepreneurs in Winston-Salem, she recognizes three types of ecosystem builders, and it’s not a coincidence that she has served as each type throughout her career:

With her experience at every level of ecosystem building, Fay’s journey provides insight into the common challenges almost all American cities face as they try to rebuild their economies into inclusive ecosystems that build shared prosperity. It was a delight to chat with her in early March.

When did you start calling yourself an ecosystem builder?

I started using that term in my hometown. I tripped into an awareness of the field based on what I was experiencing there in the community, trying to help and support entrepreneurs, particularly women and entrepreneurs of color. I began to recognize that the support organizations that were working on behalf of entrepreneurs were not well aligned.

There were some silos, particularly for the folks I was serving. Their needs were not being prioritized in the most effective ways. Everyone was trying to be welcoming—the message was “all are welcome”—but the challenge is, if you’re not culturally aware of the assets in these communities, you don’t know how to reach them.

So I started an initiative called InnovateHer to serve women entrepreneurs and get them better connected to the emerging entrepreneurial resources and make sure that content programming was being made available and accessible in a way that was woman-friendly.

What challenges did you face when you started working with the ecosystem as a whole in Winston?

In my local ecosystem, there was a bimonthly meeting for people working to support entrepreneurs. Everyone in the room had the same goals, but they were all working by themselves.

A lot of people were competing for the same funding sources. They didn’t want to give referrals, didn’t want to give up too much info. And I thought it was not helpful to the entrepreneur, particularly for entrepreneurs of color. I remember thinking, why is this place so off? It wasn’t until I got into work on a national scale that I realized this was all too common.

And so from there you eventually found your way to Forward Cities and began working to build the ecosystem of ecosystem builders. What do you like about that work?

It’s the final layer, defining the emerging field of ecosystem building. Asking how do you ensure that there’s knowledge sharing about the whole field, where the players around the nation are working well together, and that that is being done in a way that is equitable and has equitable leadership. If that can be done well, then folks that are coming into the field will automatically know how to build ecosystems that are equitable by their DNA. That will empower more entrepreneurs and create ecosystems that give better support to all entrepreneurs. Instead of helping one-off entrepreneurs or traveling around the world helping individual communities, I can do this on the field-level. That’s the most exciting part for me.

Do you think ecosystem building is kind of like economic development 2.0?

I believe both of those things are necessary. It’s not an either/or. Cities are never going to let go of that model. They have to work in tandem, and I hope the funding and resources can be shared — they’re equally important.

Forward Cities has been around since 2014, and you personally have worked in eight different cities. What are some of the common trends you’ve found in working to build inclusive ecosystems in so many different cities?

You have to actually engage folks who are treetops — the community foundations, the chambers of commerce, the small business centers, and city and county governments. They have the existing power and resources to support the work, and they are used to leading communities in the directions they feel best. But they have to take a role that they’re not used to, a support role. For us, it’s about flipping that script and asking those folks to allow us to empower grassroots community leaders and entrepreneurship organization leaders to set the path for this work. That’s new.

How does Forward Cities work with communities now?

We are invited into a community, not as a third-party consultant, but as a capacity builder. We want to equip and support the local leaders to better understand their ecosystem, assess its equity on multiple levels, and create solutions that leverage their assets and address barriers. We set up a framework that allows them to do that as a community together. We give them the tools to measure the results and continue the work on their own.

We’ve realized there are a few things you need to put in place for long-term sustainability, and data tracking is one of them. And having an ecosystem builder full-time, and doing storytelling.

What is coming up for Forward Cities that you’re excited about?

One of the patterns we see is that there’s a need for cultural awareness and equity training in every city. We’re in the process of developing a proprietary training for DEI for ecosystem builders. We call it ABIDE (Access, Belonging, Inclusion, Diversity, Equity). It will be launching for the first time at our conference in June. It’s designed to bring together all of the players in the ecosystem—entrepreneurs, champions, funders, support organizations—to really understand the dynamics of ecosystems from a DEI perspective. DEI has been floating around in corporate and non-profit sectors, but not in economic development. So we’re trying to bridge that gap.

Can you tell me more about that program?

The program helps cities assess how equitable the ecosystem is.

For access, it looks at whether people get to these resources and use them on an equitable basis, based on where they are, hours of operation, languages they speak, education level, etc.

With belonging, what you tend to find is primarily white-led, male-dominated spaces, saying “everyone is welcome,” but they don’t make people feel like they belong.

Inclusion ensures that your marketing, your programming, your staff, your board all include diverse perspectives across the community.

On the diversity front, people think if you can get people who look different in a room, you’ve checked a box. But we want to make sure it’s not just about what people look like, that it’s looking at their experiences, where they come from, and that those folks aren’t just one-offs.

And finally, equity looks at whether there is equitable funding and resource investment in the businesses and the leaders that support the businesses. And sometimes there needs to be compensatory funding, and you need specific funds to disproportionately serve those who are systematically excluded from funding.

It might be funding specifically for Black-led organizations to serve entrepreneurs, or women, or immigrants, recognizing that they have the necessary cultural awareness to serve these people groups.

It’s also funds that are specifically targeted to invest in businesses owned by women and people of color.

One example is a project we’re doing in Indianapolis, in collaboration with the Chamber of Commerce. We’re doing a short-term rolling loan fund for businesses like caterers who have to pay up-front to get gigs. They can pay it back almost immediately afterward. But it helps them gain larger and larger contracts by addressing those up-front costs. They can’t grow otherwise. The traditional bank lending process doesn't serve them because by the time they would get approved, their need would have passed.

Do you think there is a need for entrepreneurial funding for more basic needs like living expenses while an entrepreneur participates in an accelerator?

I do think there needs to be compensatory funding for businesses to level the playing field. You have to figure out what are the metrics you’d track. What are the KPIs to prove that it worked? You’d have to have a lot of structural considerations to build a program like that, but it could be very beneficial for a lot of entrepreneurs.

If you think about it, it’s no different from a venture capital investment for a business with a slide deck. Or a minimum viable product and they’re getting millions of dollars. They’re paying the bills with that. The difference is the size and scope of the business and the return for the person putting up the investment.

Do you think VCs will eventually start paying attention to smaller and smaller businesses?

No, in fact, I think it’s a different audience who will step up. I believe there’s an untapped pool of small business investors who currently give philanthropically—folks who would think nothing of dropping thousands to a nonprofit foundation for it to address social ills. If those folks could do impact investing in individual businesses instead, it would be a huge opportunity for them to have an impact in a more exciting way.

That’s where the metrics come in, the data we’re collecting. We want to be able to tell the impact investors if you invest this much money for this business, it could create this many jobs in the community. It can have this impact on the local economy. 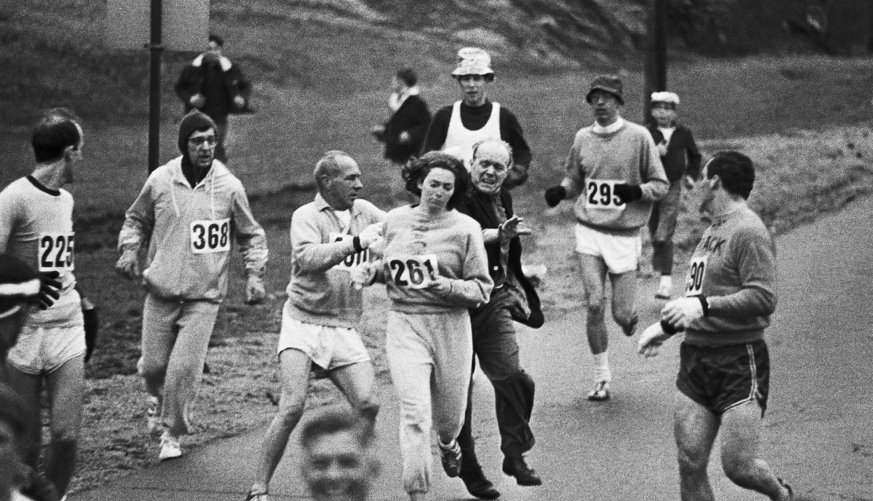 How women’s history month misses the point year after year