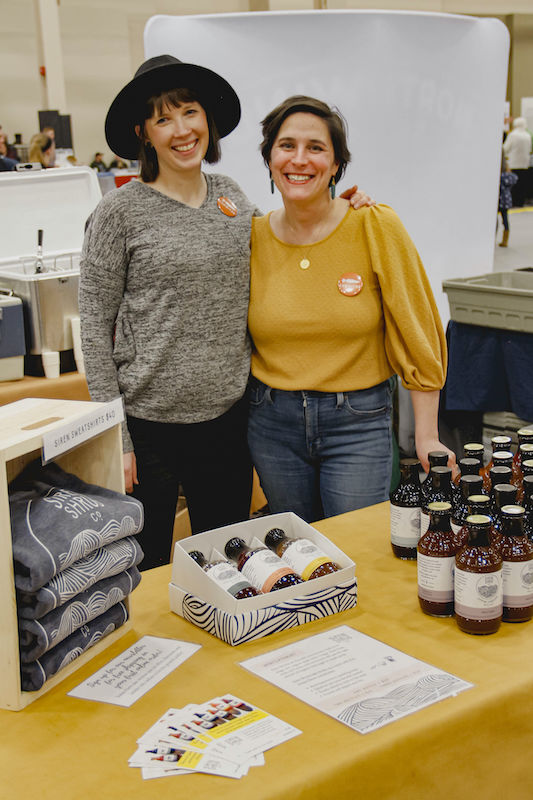 In the Spotlight: Layne Cozzolino and Mindy McCord, co-founders of Siren Shrub Co.

When Layne Cozzolino and Mindy McCord first decided they wanted to build a business based on their popular shrub recipes, they found themselves in that situation when they discovered they had misunderstood some of the details of Wisconsin’s home canned foods law—after they’d made their first commercial batch.

But the two central Wisconsin-based entrepreneurs didn’t let the mishap slow them down. They knew they wanted to create a product that would one day grace retailers’ shelves, so they took the opportunity to test the market on a massive scale. They gave away every drop of that first batch in free samples at farmer’s markets and maker’s markets, and gained invaluable insights about their target customer.

Layne and Mindy got involved with Doyenne about a year ago, right after Layne became the first full-time employee of Siren Shrub Co. They hopped on a call with me to share their founder’s journey.

When and why did you decide to turn your farmer’s market gig into something bigger?

Mindy: There was a point where we were at a winter farmer’s market (selling some things like salsa, candied jalapenos) and there was a pivot point for us. We asked ourselves, What are we doing? We’re just filling our time. And we have less of that because our families are growing. People were coming to see us because of the shrubs. So it was either go big or go home—make the shrubs a business or quit altogether. And we chose to go big.

How did you figure out who your target audience is?

Mindy: When we sampled the market the way we did, the problem we were trying to solve became really clear over time: shrubs are great in cocktails but also really good as an alcohol replacement. We believe shrubs create space for everybody at the table no matter what their drinking preference. And we’ve seen that. People really want the option. They want to feel included and they don’t want to be questioned about why they aren’t drinking.

How did you go about manufacturing it on a larger scale? Did you start out in your kitchen and outgrow it?

Layne: We could’ve produced it on our own in our kitchens, but we were both working full-time. Mindy has a son and I had a one-year-old. We knew we were going to run into limitations on what we could do. And we knew we didn’t want to spend all our weekends at farmers’ markets. We wanted to get on retail shelves.

I found out about co-packing, and I called Mindy and said, “This is what we’re going to do!”

I contacted Wisconsin Innovation Kitchen, a co-packer in Mineral Point, and he was willing to meet with us on a Saturday. I think there was some timing that worked out really well, because I know many people who have a hard time getting a co-packer on board to do what they want to do.

Mindy: When we were exploring co-packers, we recognized right away that you can run into an obstacle of scaling and being able to afford the minimums. Wisconsin Innovation Kitchen had a really low minimum.

What was the first big money you spent?

Layne: Our first big investment was in a press. We bought a press because our co-packer didn’t have one, and we press fruit to get the juice out, which is added in with the vinegar and sugar or maple syrup.

Our second big cash outlay was on our branding. We did that right away. We just knew we wanted it to look and feel a certain way right from the beginning.

What is the most exciting growth milestone you’ve hit so far?

Mindy: I think the sparkling shrubs. But every new flavor, every new connection is such a proud moment—there’s been so many, and as an entrepreneur you don’t come up for air very often to enjoy them.

But we’d been talking about sparkling shrubs from the beginning. Shrub is a concentrate. The bottle has 12 to 16 servings because you use a little bit at a time. But from the education side, we knew that having a can on a shelf or in a cooler is a much easier connection for people when we can’t be there to explain it.

As far as we know, we are the first canned, ready-to-drink non-alcoholic shrub on the market.

Layne: And now that we have the cans, we were able to pick up a distributor last month. For over a year we had courted this distributor who didn’t want the concentrate but said they’d do the ready-to-drink. So it feels like a really big win to have gotten to that point.

We now have two distributors. Left Bank Wine Co. carries the sparkling shrub and the shrub mixers. And the Co-op Partners Warehouse carries just the sparkling. They’re a regional distributor based out of Minneapolis and they distribute to six states. Left Bank is only in Wisconsin.

What kind of hurdles did you face in developing the sparkling shrub?

Layne: We went through lots of hurdles with it. We eventually had to find another co-packer.

I remember calling Jolly Good, the soda company here, and asking them about their minimums, and it was like 75,000 units. And I called Mindy like WHAT? We won’t be able to do that for a while. A mobile canner started up at the same time we did in Wisconsin in 2018. We ended up working with them, but they didn’t have the pasteurization techniques we needed, which we found out when we had some cans explode on the first prototype run. Thank god it was a tiny run.

So then we had to go find another canner. And we found Arty’s in Clintonville, which happens to be where Mindy grew up, which is just a fun coincidence. They make canned and bottled cocktails, so they fit really easily with what we’re doing. They’ll do 300-case runs as a minimum. We’re able to do more than that now. But starting out we just did that minimum.

What’s the next big milestone you’re aiming for?

Mindy: I think the next thing is bringing me on full-time as we see continued growth from distribution and other channels.

Layne: One of the things we both realized as we’ve gotten this wholesale business up and running is that we want to get back to some of the creative stuff we like to do. So we’re thinking more about a facility that has a tasting room and where we can do some small-batch limited release things and pop up events. Getting it on retail shelves is not the same as being able to interact with customers and do that on a personal level.

How have you overcome the whole “we sell drinks, not bushes” educational challenge?

We were mostly going to maker’s markets. We found that art shows were a great place for us, even better than farmers’ markets. The price point is $20 a bottle for the shrub concentrate, because it includes 12 to 16 servings that you add to a cocktail or a glass of seltzer. But that means it’s not a great grocery item. To spend $20 on one item at a grocery store is a lot. But at an art show, $20 is nothing. It was really interesting to understand that as we started to see the difference between our sales at those two kinds of markets.

The cans have been a game changer. For this holiday season, we just did a Shop Small Saturday collaboration with 11 brick-and-mortar women-owned shops in Wisconsin. They gave away sparkling shrubs to shoppers to get them into people’s hands.

What has been your biggest challenge so far?

Layne: Wrapping my head around the financial perspective of investment has been the biggest challenge for us. Throughout 2020 I’ve been thinking about money and how our systems are created. We want to create community wealth, not wealth for more people at the top. So trying to make those values work in our company, and understanding that not all investment is bad. I want us to grow. I want Mindy in this office with me every day. How do we do that in a sensible, ethical way? That’s been a tough nut to crack. 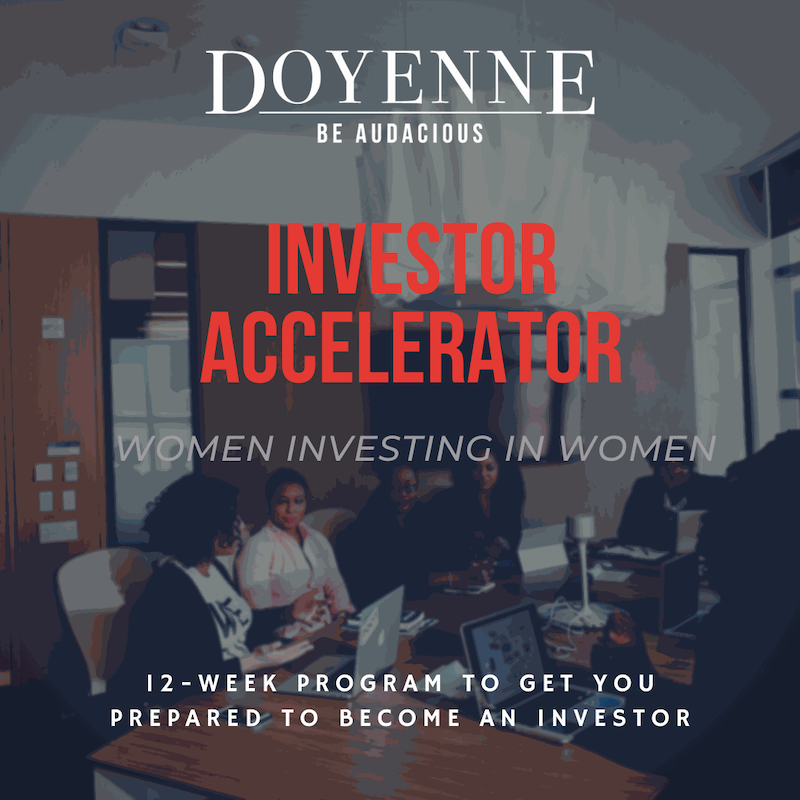 Why we’re launching an investor accelerator